What Is Schema Therapy? 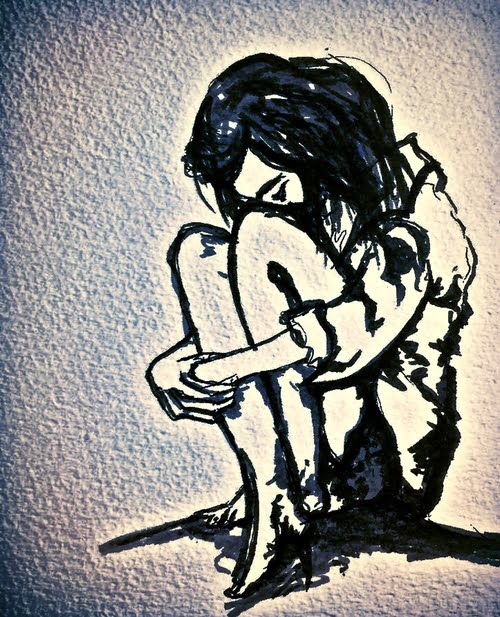 Schema Therapy, developed by psychologist Jeffrey young, is an innovative and comprehensive approach that combines the best aspects of cognitive-behavioral therapy (CBT), Gestalt experiential therapy and psychoanalytic thinking into one process. It is specifically designed to help people to change some of the longstanding patterns of thinking and acting.

The ‘Schemas’ that we aim to change refers to those self-defeating core themes that you keep repeating throughout your lives. These deep-rooted patterns are associated with not only thoughts but also feelings and even physical sensations. Some examples of schema beliefs are: “I’m unlovable,” “I’m a failure,” “People don’t care about me,” “I’m not important,” “Something bad is going to happen,” “People will leave me,” “I will never get my needs met,” “I will never be good enough”.

Schemas, as defined by the system of Schema, Therapyare developed when childhood needs are not met. One metaphor I like to use to is that they are like old shoes that no longer fit – because they tend to begin early in life, schemas become familiar and comfortable, even though they are ultimately not good for us. Because they are so powerful, we may even distort our view of events in current lives in order to keep these schemas going.

You may find schema work helpful if any of the following apply to you:

THE PROCESS OF SCHEMA THERAPY

Liberating from the enduring and self-defeating patterns

Due to the nature of remote working, we may not be able to execute the whole Schema Therapy protocol. Certain activities, such as Chair Work, may not be feasible. However, based on my original training as a Schema Therapist, I incorporate some of the principles and techniques in this highly effective system in our online work.

Firstly, we start by identifying some of your enduring and self-defeating patterns that typically begin early in life. Questionnaires may be used as well to get a clear picture of the various patterns involved. Next, we use a combination of talking and experiential exercises to raise your emotional awareness; during this phase, you may get in touch with some of the early experiences and learn how to spot emotional triggers in your daily life. Thirdly, we focus on behavioural change. Structured assignments maybe given so you can continue to work outside of sessions. You can actively practise replacing some of the negative, habitual schemas with a fresh perspective.

Many people who come for schema work have spent years in other types of therapies such as psychoanalysis or traditional CBT, and were frustrated with the lack of progress. This is a very collaborative and empowering process that truly aims to help you turn insights into real changes.    Schema Therapy has also recently been blended with mindfulness meditation and elements of neuroscience for those who can further benefit from them. 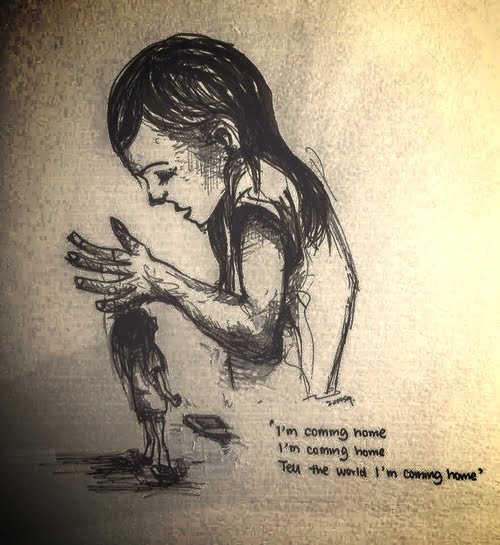 As reported in a recent news article on Science Daily, a large scale trial released in the American Journal of Psychiatry has shown Schema Therapy to be significantly more effective than two major alternative approaches to the treatment of personality disorders. It resulted in a higher rate of recovery, greater declines in depression, and greater increases in general and social functioning. The results also suggest Schema Therapy is more cost-effective, achieving these results with less number of sessions.

This is an important and unprecedented outcome in the treatment of borderline personality disorder. In the Schema Therapy model, there are 18 different schemas- They are ways of thinking and feeling, as well as bodily sensations, that get triggered by certain people or situations that remind you of upsetting experiences from your childhood. Unlike ‘core beliefs’ or ‘negative thoughts’ in CBT, schemas are deeply held structures that form a part of our identity.

We all have schemas, and they are ways that we have developed in order to survive difficulties in life. The 18-schema model is simply a convenient way of reflecting on survival strategies that no longer work for us, and give us an idea on how to move forward.

Reading the following may give you some ideas of where you have been wounded, your primary coping mechanisms, and where you are likely to get triggered.

The following is adapted from the work of Jeffrey Young (2016), taken from the Schema Therapy website.

This schema involves the sense that others will not be able to provide consistent emotional support, connection, strength, or practical protection because they are emotionally unstable and unpredictable (eg angry outbursts), unreliable, or erratically present; because they will die imminently; or because they will abandon the patient in favour of someone better.

This schema involves the expectation that others will hurt, abuse, humiliate, cheat, lie, manipulate, or take advantage of us. It includes the sense that we always ends up being cheated relative to others or ‘getting the short end of the stick.’

Expectation that our desire for a normal degree of emotional support will not be adequately met. The three major forms of deprivation are:

a. Deprivation of Nurturance: Absence of attention, affection, warmth, or companionship.

b. Deprivation of Empathy: Absence of understanding, listening, self-disclosure, or mutual sharing of feelings from others.

c. Deprivation of Protection: Absence of strength, direction, or guidance from others.

The feeling that we are defective, bad, unwanted, inferior, or invalid in important respects; or that we would be unlovable to significant others if exposed. May involve hypersensitivity to criticism, rejection, and blame; self-consciousness, comparisons, and insecurity around others; or a sense of shame regarding our perceived flaws. These flaws may be private (eg selfishness, angry impulses, unacceptable sexual desires) or public (eg undesirable physical appearance, social awkwardness).

The feeling that we are isolated from the rest of the world, different from other people, and/or not part of any group or community.

With this schema, we may feel unable to handle life competently. We feel we could not take care of ourselves, solve daily problems, exercise good judgment, tackle new tasks, make good decisions. We may experience multiple ‘collapses’ during the day when faced with seemingly trivial difficulties such as the train running late, administrative errors and etc.

7. Vulnerability to harm or illness

Excessive emotional involvement and closeness with one or more significant others (often parents), at the expense of full individuation or normal social development. We may feel that we cannot survive or be happy without the constant support of the other. On the other hand, we may also feel smothered, engulfed, and fused with others. Because of the lack in a solid sense of self, we may feel emptiness and floundering, having no direction, or in extreme cases questioning ours existence.

The belief that one has failed, will inevitably fail, or is fundamentally inadequate relative to one’s peers, in areas of achievement (school, career, sports, etc). Often involves beliefs that one is stupid, inept, untalented, ignorant, lower in status, less successful than others, etc.

Involves the belief that we are somehow not bound by the rules of reciprocity that guide normal social interaction. Sometimes includes excessive competitiveness toward, or domination of, others: asserting one’s power, forcing one’s point of view, or controlling the behaviour of others in line with one’s own desires – without empathy or concern for others’ needs or feelings.

With this schema, we have difficulties in the arena of self-control. We may find ourselves resorting to procrastinations, addictions, or compulsive behaviours in order to cope.

Subjugation involves the perception that ours own desires, opinions and feelings are not valid or important to others. It may lead to a build up of anger, manifested in maladaptive symptoms (eg. uncontrolled outbursts of temper, psychosomatic symptoms, withdrawal of affection, ‘acting out’, substance abuse).

a. Subjugation of Needs: Suppression of our decisions and desires.

b. Subjugation of Emotions: Suppression of our emotional expression, especially anger.

Excessive focus on voluntarily meeting the needs of others in daily situations, at the expense of one’s own gratification. The most common reasons are: to prevent causing pain to others; to avoid guilt from feeling selfish; or to maintain the connection with others perceived as needy. Often results from an acute sensitivity to the pain of others. Sometimes leads to a sense that one’s own needs are not being adequately met and to resentment of those who are taken care of. (Overlaps with concept of co-dependency.)

Excessive emphasis on gaining approval, recognition, or attention from other people, or fitting in, at the expense of developing a secure and true sense of self. With this schema over-activated, our sense of esteem is dependent primarily on the reactions of others rather than on our own natural inclinations. Sometimes includes an overemphasis on status, appearance, social acceptance, money, or achievement – as means of gaining approval, admiration, or attention (not primarily for power or control). Frequently results in major life decisions that are inauthentic or unsatisfying; or in hypersensitivity to rejection.

The excessive inhibition of spontaneous action, feeling, or communication – usually to avoid disapproval by others, feelings of shame, or losing control of one’s impulses. The most common areas of inhibition involve: (a) inhibition of anger & aggression; (b) inhibition of positive impulses (eg joy, affection, sexual excitement, play); (c) difficulty expressing vulnerability or communicating freely about one’s feelings, needs, etc; or (d) excessive emphasis on rationality while disregarding emotions.

The underlying belief that one must strive to meet very high internalised standards of behaviour and performance, usually to avoid criticism. Typically results in feelings of pressure or difficulty slowing down; and in hyper-criticalness toward oneself and others. Must involve significant impairment in: pleasure, relaxation, health, self-esteem, sense of accomplishment, or satisfying relationships.

Unrelenting standards typically present as: (a) perfectionism, inordinate attention to detail, or an underestimate of how good one’s own performance is relative to the norm; (b) rigid rules and ‘shoulds’ in many areas of life, including unrealistically high moral, ethical, cultural, or religious precepts; or (c) preoccupation with time and efficiency, so that more can be accomplished.

The belief that people should be harshly punished for making mistakes. Involves the tendency to be angry, intolerant, punitive and impatient with ourselves and others. Usually includes difficulty forgiving mistakes in oneself or others, and a struggle with self- compassion.