Make sense of your story through symbols and archetypes

It is not uncommon for someone to feel ‘stuck’, or stagnated, in healing and coaching work. You may feel that you are going around in circles, are not able to gain new insight, or even feel increasingly hopeless about moving forward.

In the past decade, thanks to advancement in neuroscience, psychologist have learned much about the ability for the brain to change, the right-left brain communication, and the mind-body linkage. Since then, there has been an upsurge of evidence that therapies involving multiple level of perception – visual, kinaesthetic, sensory – can be extremely powerful, and can move therapy along by tapping into places where talking therapy cannot. Amongst which, Jungian sandplay has gained much popularity; it is a great facilitator of the talking therapy and can be used alongside other modalities.

What is Jungian sandplay therapy? 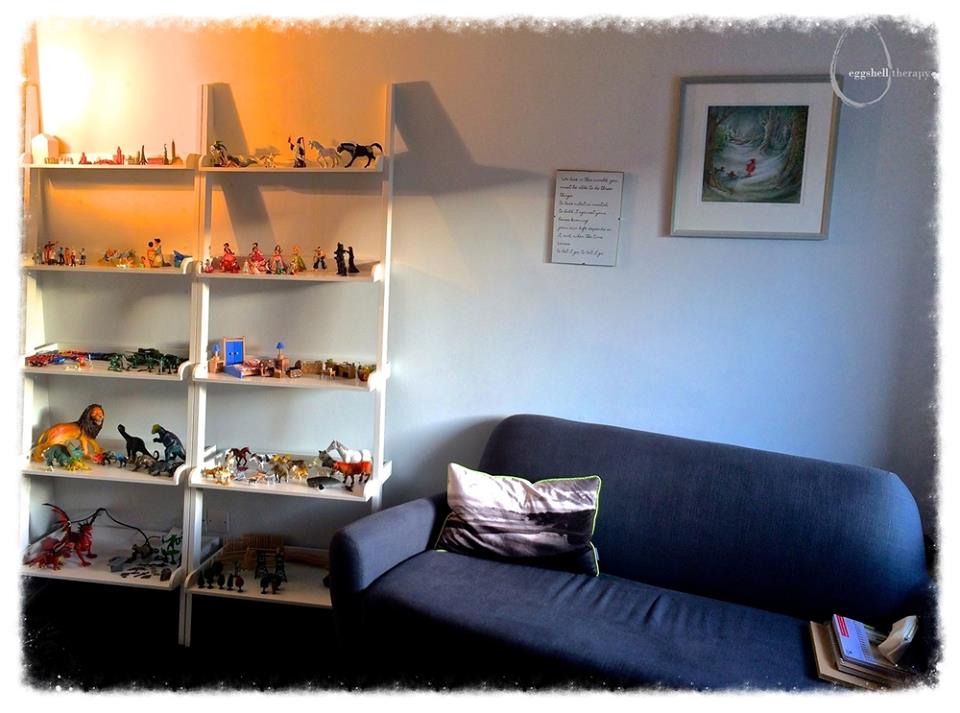 Jungian Sandplay therapy is originally developed by Dora Kalff, who integrated Jungian psychology and buddhist philosophy to create this powerful and creative form of working with the mind. Based on the depth psychology of Carl Jung, sandplay falls back on a rich history of over 75 years of clinical application by psychologist and therapists from around the world. It is considered one of the most potent yet safe methods, and has been found to be effective in working with a wide range of issues, from existential inner conflicts to PTSD and trauma.

What happens in a session?

When you walk into a sandtray room you will be provided with shelves full of figures and miniatures, representing most ‘archetypes’—  people, animals, machines, mythological characters, historical and contemporary objects found in the world. You are then invited to create a scene or a story from figures and objects within a box of sand. In this free and protected space, you can re-create your world and attribute meanings to symbols that means something unique to you. This creates a visual representation of your psyche’s contents and reveals unconscious materials and internal conflicts that are previously inaccessible.

Most people experience sandplay as naturally relaxing, meditative and non-threatening. There is no right or wrong, and the therapist does not impose an agenda. Usually, you will find that you do not need to ‘plan’ a scene, rather, it will naturally and spontaneously emerge.There is no pressure to ‘do’ anything. Sometimes, even just getting sensory stimulation from the sand is enough to activate the healing process.

How does it works? The tray is a place for material from the unconscious to become visible and integrated into our lives.  The effectiveness of sandplay therapy comes with the archetypal and personal symbolism that surface in the process; in Jungian psychology terms, it facilitates a process known as ‘individuation’, which means the integration of the previously fragmented parts into wholeness. The goal of this process is self-actualisation, where you get to discover the meaning and purpose of your life.

This process also allows you to work on the many existential paradoxes we face in life. You may use the tray to explore, for instance, the tension between freedom and stability in your lifestyle, the balance between your feminine and masculine side, or how to balance your survival needs with your other needs in this world.

An increasing number of neurobiological research now support the fact that positive or traumatic emotional and somatic memories are stored in the limbic system – the right side of the brain, and cannot be easily accessed by words alone. Through non-verbal process like sandplay, you will be able to tap into a deeper layer of experience that is pre-verbal and unconscious. The remarkable feature of sandplay is that, as you construct the scene and give meaning to the symbols in the trays, it provides a direct link to your brain where neuro-pathways can be ‘re-written’ into a healthier, new configuration. It provides a pathway to access, with immediacy, the brain and the mind. 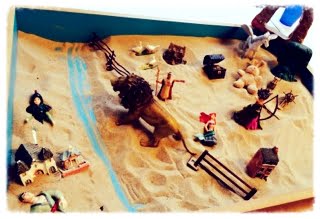 Sand and water are elemental materials that allow us to tap into our instinctive relationship with nature. Throughout history, sand has always been used as a sacred medium. It can be thrown like water, and can be hard like stone.

The basic premise of sandplay therapy is holistic and spiritual, it is believed that the psyche has the natural power to heal and integrate itself. Just like how our physical wounds can naturally heal themselves, our mind also has the instinctual wisdom to do so.

As adults, we often have forgotten how to play. However, many people are surprised by how liberating and powerful the sandplay process is.

I look forward to seeing you in this space!